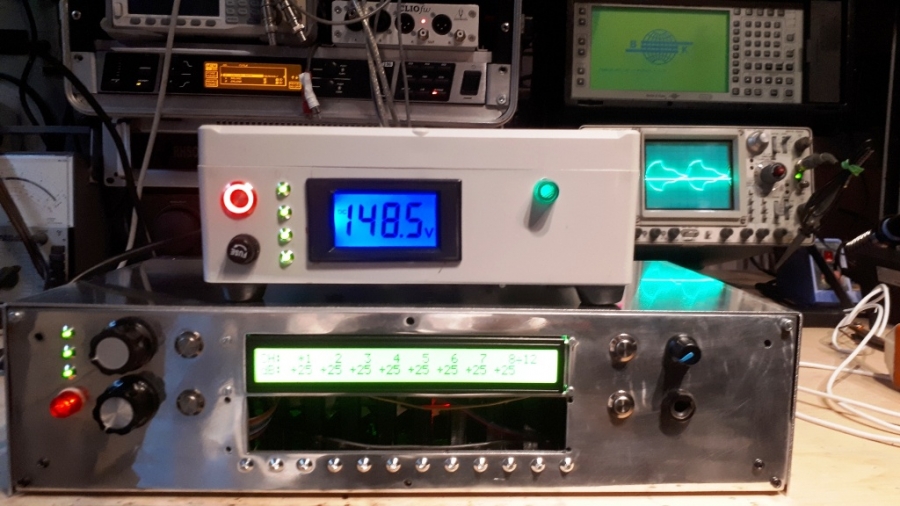 For the needs of the most audiophile and extreme quality recordings in the so-called Hi END AUDIO RECORDINGS , a unique 12-channel laboratory micropohne preamplifier was built for us.This Ultra-low-noise preamp is equipped with 12 reference laboratory omnidirectional microphone capsules of the legendary and world's best research company Bruel & Kjaer many times better in terms of noise and distortion comparing to any preamps and studio microphones.

We say this consciously, having as many as 88 preamps in the studio in the recording paths such as NEVE or Focusrite and several dozen studio microphones including the best Neumann, AKG, Bayer, Electrovoice, Audiotechnika, etc. Corporation Bruel & Kjaer has existed and has been creating reference references for laboratory microphones since 1943 and they are used for measuring studio equipment&microphones, therefore are many times better than everything in recording studios!

To illustrate the sensitivity and resolution of our 12-channel Ultra-preamp which we have for your needs, we can say that it can be heard and recorded, e.g. "pattering" or rather scratching of real ant's feet, scratching of claws, flies, sound of wings ... fruit flies less than 1 mm or ground vibrations under buildings, i.e. phenomena so quiet that they are completely inaudible to the human ear! We have such recordings now. 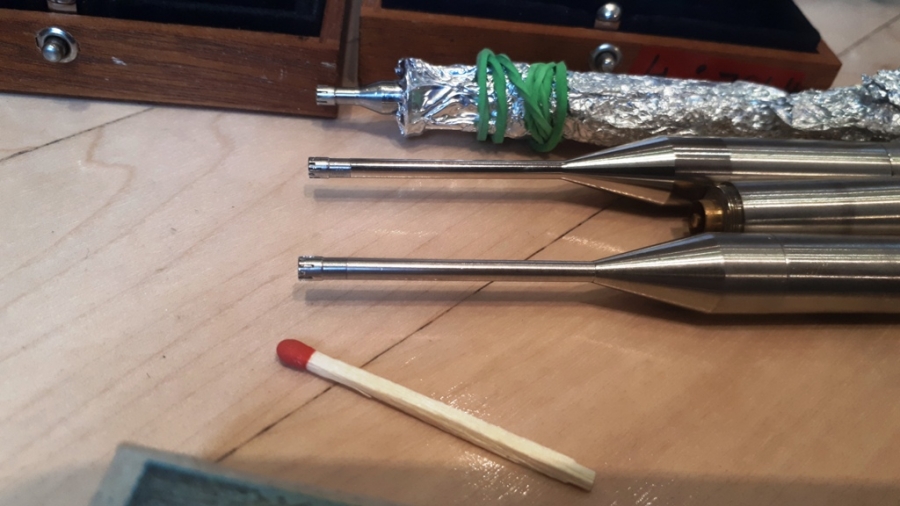 This laboratory Ultra-preamp is in our studio for the needs of the highest quality recordings of our customers requiring the lowest achievable noise and distortion, including:

ultra faithful "vocals" also recorded in stereo, recordings of classical guitars and the most demanding instruments in this respect, particularly quiet and reliable. Nevertheless, thanks to the variable, computer-adjustable sensitivity in the range of up to 60 dB, it can also be made with sensational dynamics and fidelity of recordings, e.g. drums, church organs or other extremely dynamic or loud instruments.

Our 12 preamp circuits with a bandwidth of 1 Hz to 200,000 Hz and such extremely low noise levels are based on the most perfect electronics topology of the Bruel & Kjaer preamplifiers so far developed exclusively for the needs of the leading scientific research facilities in the world. The company's microphones are used to measure the pressure of the most advanced and the most difficult measurements in acoustics, e.g. in military tech, aircraft, or even during the launch of space rockets of the Titan and Satur class. We recommend the Bruel&Kjaer 175-page catalog in PDF.

Complete with this Ultra-preamp we have about 20 special laboratory measuring microphone "capsules" also of course Bruel & Kjaer including the highest reference laboratory class microphone models No. i.e. 4145, 4160, 4133,4135, 4136,and also 4138 and more (match head size - see photo above) - those having band calibrated from 6 Hz up to 200,000 Hz (140kHz +/- 1dB)! In fact, such capsules are thewhether most sensitive, or most accurate or most broadband reference laboratory microphones in the world that are used to measure all other "worse" devices including studio equipment. The sensitivity of B&K measuring equipment, depending on the capsule, reaches unbelievable -40dB SPL up to + 180 dB SPL !! and the bands start at ... 0.01 Hz! (see the table below for their microphones, and the noise of their capsules reaches ... MINUS -2.5 dB SPL !!

To achieve such extreme dynamic parameters, the lowest achievable noise of the microphone path and ultra low distortions in the path of each such B&K microphone, up to 4 different supply voltages are used, including the main polarization voltage is up to 200 V, and 150 V is the supply of the initial stage with impedance up to 1 TOhm ! (TerraOhm= 1000000000000 Ohm ! ), additionally 12V and 6V for so-called calibration and thermal stabilization of the capsule. Each microphone is connected with 7 wires to a preamplifier. For comparison, the best studio microphones have a supply voltage of "only" 48V and this voltage determines the dynamics of the microphone, the higher the better and they only have 3 leads in studio solutions.

The system registers sound pressure levels of 20 uPa (microPascals) and lower, i.e. below the sensitivity threshold of the human ear. Therefore, the quality of music recordings made with the help of this preamp&capsules is unmatched in terms of reproducing the detail of sounds. We offer as many as 12 such tracks.

All measuring capsules used in it are, of course, fully reference- ALL-DIRECTIVE =work 360 degrees around!

If you want to use this set and rent it for an extraordinary quality recordings in the studio and in the field (the set is portable) ask about the conditions.

Below are photos of this experimental Preamp box including 12 channel preamp, its interior and our set of measuring capsules (conditioners and so-called micro heads) collected for this system .